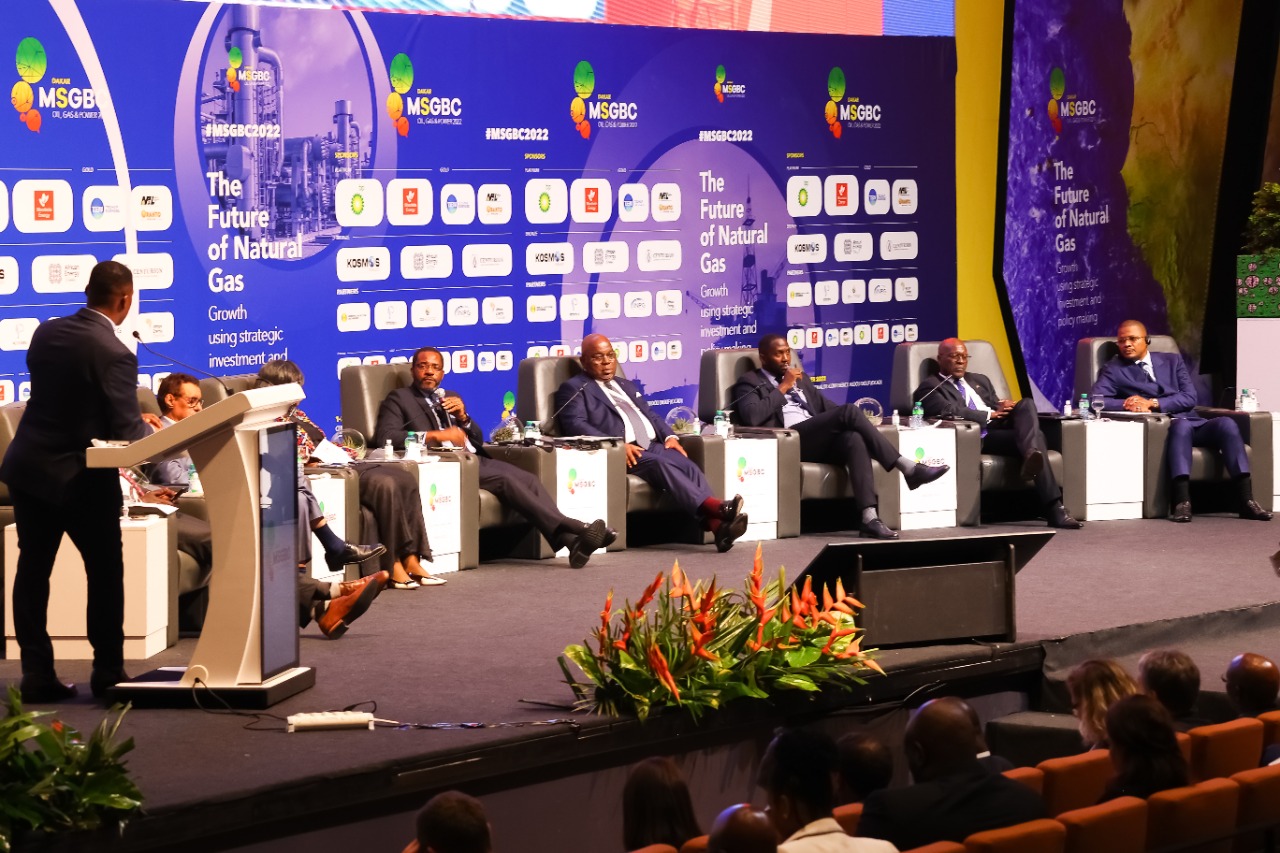 Kicking off discussions, Hon. Jobe stated that, “We all know the basin is very rich in oil and gas resources. What we need to do is provide access to affordable, clean and sustainable energy. Gas is an integral element for transformational change.”

The advantages of gas for domestic economies were highlighted, with speakers emphasizing the need to address energy poverty in Africa using gas. On this note, H.E. Salah stated that, “The real problem is how we get energy to every African citizen. Some Africans have been producing oil and gas for decades but we still have the highest energy poverty because we are exporting oil and gas. We need to give priority to access for every African citizen to energy and security.”

Further to this, extant global geopolitics were raised with specific reference to Europe’s current craving for West African gas in light of the fuel source’s green-labeling by the EU. “It is important to be able to look not only at the short-term, but also the long-term,” stated H.E. Lima, adding that, “The most secure market for African producers is Africa. We need to be able to create a market. If we can export LNG to South Africa, Egypt and others, this will be long-term. To secure our future and reduce energy poverty, we need to create energy security.”

Adding onto this, H.E. Itoua emphasized the role gas will play in meeting future energy demand, with the minister stating that, “For the next 25 years we will see energy demand growing. We cannot face this demand without gas. We need a minimal 40% of energy coming from fossil fuels over these 25 years. The question is not to stop producing oil or gas, this is the worst thing to do. The European commission, in 2022, decided that gas is a green transition energy. There needs to be no more debates about gas. We need to stop wasting time discussing why gas is the solution. We need to start producing as much as we can.”

On the exploration front, H.E. Ntubuanga emphasized the potential of the DRC, stating that, “The DRC does have natural wealth in the basin it shares with Congo-Brazzaville and Gabon. Fortunately, the technology we now have in Africa and across the world allows us to tap the rich oil reserves these areas hold without touching biodiversity.”

Representing another frontier market, Hon. Alweendo added that, “We have been lucky to make two substantial discoveries. This was after more than 30 years of exploration. What helped us was that we never gave up. Our licensing systems are attractive for people. Our turnaround time for evaluating applications for licensing has been really efficient. We persevered and the exploration companies were with us during this time.”

Finally, Hon. Mansaray provided insight into Sierra Leone’s exploration progress, stating that, “We are currently in the middle of a licensing round that will continue until the end of September. Our responsibility is to provide electricity to the people of Sierra Leone. The discoveries in the MSGBC region give people more confidence in the region. We know that IOCs follow each other. What I hope is that projects like GTA open the market and explore other markets like ourselves and neighboring countries.”

Concluding the panel discussion, H.E. Gladima stated that, “Africa is the first to be affected by climate change, but our explorers can help us to understand the impacts of climate change whilst exploiting these gas riches… we should push our youth to start their own businesses which will become large companies and take over the field. We should work with all those actors who possess experience and at COP27, we will push to develop the resources of Africa for Africa itself.”