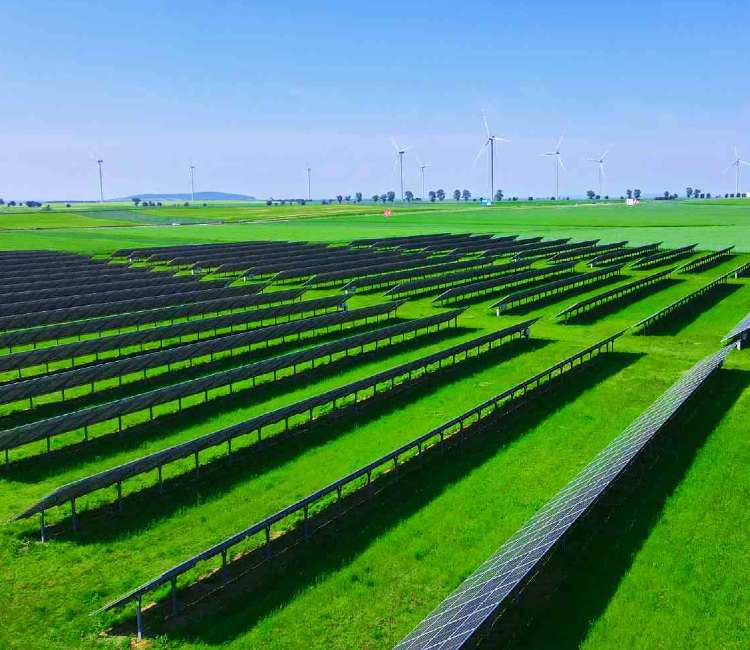 Its findings from this cross-section of the 1.9 million people in Guinea-Bissau showed progress was on-track per international standards towards the achievement of SDG 13: Climate Action, whilst citizens saw SDG3: Good Health and Well-being and SDG 4: Quality Education as top future priorities.

All up, the report stands as a major success story and testament to regionally leading works conducted in the nation in recent years, electricity and infrastructure as their cornerstone. Guinea-Bissau holds the highest figure of any MSGBC nation for renewable energy representation in total fiscal energy consumption at 86.8%, as a result of which its CO2 emissions per capita sit as low as 0.14 tons per annum. Per the 2022 SDG report, every MSGBC nation is on track to achieve or surpass SDG13: Climate Action thanks to strong renewables integration in grid supply, and the knock-on effects of this are huge, since per a recent UN Economic Commission for Africa report, investment in green sectors, energy chief amongst them, produces 420% better domestic returns in gross value addition and 250% better returns in job creation than investment in fossil fuels. In other words, Guinea-Bissau and its neighbors leading climate action through renewables also greatly enhances domestic economic growth and local content: a win-win-win situation.

But even in its growth areas, Guinea-Bissau shows tremendous promise through existing works and potential expansions, thereof, thanks to the intersectionality of electrification and power supply. With its MSGBC counterparts each targeting 2025 and 2030 universal electrification goals, Guinea has come out ahead – listed among the top 20 countries globally that most increased their access to electricity in the past decade under last year’s SDG7 energy progress report. With electrification still only slightly about 30%, much work remains to be done, but with African Development Bank funding commitments in-nation tripling in the past decade and $700 million devoted domestically towards a 2030 energy ‘transformation’ under Guinea’s Sustainable Energy Investment Plan, the future certainly is bright for the developing nation.

Following the COVID-19 pandemic, Guinea’s GDP growth has rebounded to such extent that it has exceeded its pre-pandemic ten-year average of 4% per annum, hitting 5.8% in the fourth quarter last year. Behind this fresh prosperity is power-backed value added to industries as electrification works gather steam. Reliable rural power allows for a six-fold value increase in bauxite refining, along with agricultural processing.

But equally, in the spirit of the SDGs with their motto: “Leave no one behind,” the boons of enhanced electrification backed by grid extensions and independent remote solar mini grids extend beyond mere economic gains in transforming social development and communities. The goal at the top of Guinea-Bissau’s list following the Voluntary National Review is SDG4: Quality Education. Equally for SDGs 3, 5 and 17 leading Guinea’s target list, reliable power supply has been shown to advance.

This September, Guinea-Bissau will join its regional neighbours in Mauritania, Senegal, The Gambia and Guinea-Conakry in convening for the MSGBC Oil, Gas & Power Conference 2022 in Dakar, opened by Senegalese President and African Union Chairperson, H.E. Macky Sall. This year, above all others, is pivotal for Guinea and the MSGBC basin with billions of dollars of energy projects in the pipeline, COP27 on the horizon and investors flocking to the region from across Africa, Europe, America, Asia, Australia and the Middle East.

With stakeholders spanning ministers, multinational and national oil company heads, MSGBC 2022 is the venue at which hundreds of high-level participants will write the future of African energy that develops Africa. Visit https://msgbcoilgasandpower.com/ for more information.